Delicious PEI food – what and where to eat in Prince Edward Island, Canada 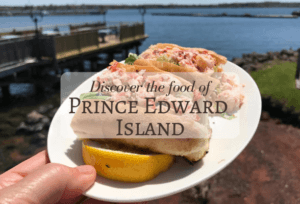 With sandy beaches, shallow bays and rolling farmlands, Canada’s smallest province of Prince Edward Island provides a bounty from its cold Atlantic waters and rich, red soil. The culture of PEI food is relaxed and authentic, with a deceptively homespun blend of lobster suppers and farmers markets, craft beer and seasonal produce that might have come straight from the fictional Anne of Green Gables farm at Avonlea. But Canada’s Food Island also holds its own for the most sophisticated foodie, offering the finest quality of produce from land and sea, with celebrity chefs like Michael Smith spreading the reputation of food in Prince Edward Island to an international audience.

The post Delicious PEI food – what and where to eat in Prince Edward Island, Canada first appeared on Heather on her travels.

20 of the best beaches in Zakynthos – Greece

The Most Beautiful Places In The Philippines